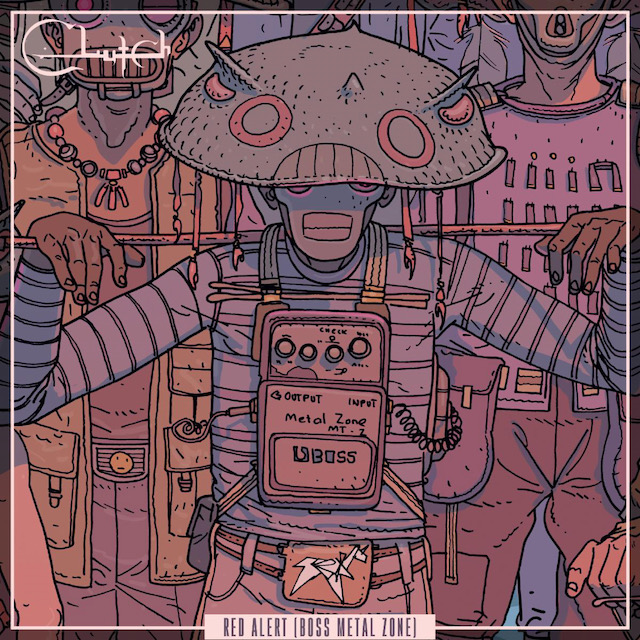 Leader and lyric smith Neil Fallon explains: “In early 2021, I learned that the Boss Metal Zone pedal schematic was being touted as ‘proof’ that the Covid-19 vaccine had an electronic component to communicate with. 5G cellular networks. That was, of course, nonsense. It sounded like a Philip K. Dick premise. I didn’t want to write a song specific to Covid-19 vaccines, so I went with the angle of Philip K. Dick (again) “Do Androids Dream of Electric Sheep?” came to mind (lines, in particular, representing what is real and not real, or is there a difference at all?) The video makes no secret that this is a tribute to Philip K. Dick and a future where we have warp lessons running through our veins.”

Drummer Jean-Paul Gaster adds: “‘Red Alert (Boss Metal Zone)’ is one of the fastest tracks on our upcoming album. It kicks in and hits like a freight train. The intensity of the recording makes me reminds us of our concerts. This song cooks and I can’t wait to play it on tour!”

Directed by David Brodsky, watch the official video below:

Clutch is currently on a two-legged tour across North America, touring with special guests EyeHateGod and Tiger Cub through April 10, then with The Sword and Nate Bergman from April 27 through May 22. your ears are opening for the new song, because the band dropped it from the set list.

Clutch have an extensive world touring schedule in 2022, including summer festivals, other headline dates and a return to Europe. For the most up-to-date list of shows and to purchase tickets, go here.