Italian power metal band Kaledon, featuring Michele Guaitoli (Temperance, Visions of Atlantis) on vocals, have released a music video for “The Dawn Of Dawns”, the first single from their new album Legend Of The Forgotten Reign – Chapter VII: Evil Awakens.

Chapter VII: Evil Awakens will be released on CD and digital on September 23 via Beyond the Storm Productions.

After five years of hard and dedicated work, Kaledon is ready to return to the market and release his new album: Chapter VII: Evil Awakens. This album marks the first chapter of a new trilogy based on The Legend Of The Forgotten Reign Saga.

The album contains powerful and fast songs, dynamic and energetic guitar riffs, new modern sounding keyboards and much more. The album features special guests like Nicoletta Rosellini (Kalidia, Walk In Darkness) and James Mills (Hostile), on “A Strike From The Unknown” and “The Story Comes To An End?”, respectively.

Chapter VII: Evil Awakens was mixed and mastered by Michele Guaitoli at Groove Factory Studio and the production is a mix of modernity and power. The epic cover was created by Oleg Shcherbakov. 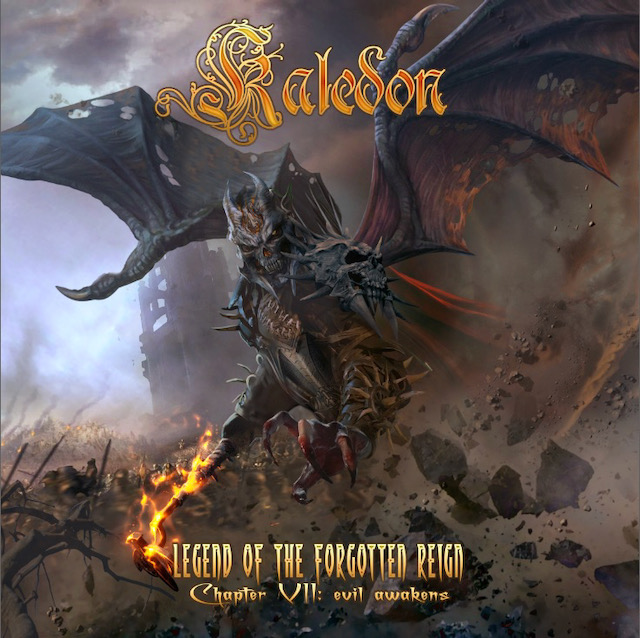 “Renascentia Noctis”
“At the Gates of Kingdoms”
“A Strike of the Unknown”
“The Eye of the Storm”
“Night Emperor”
“Dawn of Dawns”
“Life or Death”
“The end of time”
“Blessed with Glory”
“The King’s Sacrifice”
“The story is coming to an end?”