Killer Kings is a musical alliance between Gregory Lynn Hall (ex-101 South) and Tristan Avakian (ex-Red Dawn, Queen Extravaganza). The band released not one, but two new singles to introduce themselves to fans. Listen to “Burn For Love” and watch the video for “I Will Be Stronger” — which features a guest spot from guitarist Joel Hoekstra (Whitesnake, Iconic) — below.

Killer Kings was born when the president of Frontiers Records, Serafino Perugino, thought of bringing together Gregory Lynn Hall, the former singer of 101 South, an AOR group which released three albums between 2000 and 2009, and Tristan Avakian, a guitarist very gifted who made his name in the 90s with melodic hard rock band Red Dawn, together. Musically, Killer Kings mixes the AOR approach of Red Dawn and 101 South with some interesting twists.

Gregory Lynn Hall has a long history in the music industry, in everything from studio work to live performance. Gregory pounded the pavement in the booming Hollywood rock scene of the 80s, playing in every rock venue from Gazzaris to Troubadour to The Country Club. He eventually left Los Angeles after the ’80s hard rock scene ended and became a session singer, singing on many albums by well-known Christian artists. At the end of the 90s, he returned to California and in 1999, while doing a session in Malibu, he met Roger Scott Craig (ex-Fortune) and that’s how 101 South was born. Shortly after 101 South’s debut album (2000) was completed, Gregory was asked to join the band Heaven & Earth as bassist and toured with them in support of the Windows To The World album. He would go on to record two more acclaimed 101 South albums and a solo album in 2014.

Tristan Avakian has been a professional musician for many years with extensive experience in theatre, touring, writing and production. Cirque du Soleil, Lauryn Hill, Mariah Carey, Trans-Siberian Orchestra and Biohazard are just a few of the names of the various genres and artists he has immersed himself in. He also worked with producers such as Steve Thompson and Rob Thomas and joined the Queen Extravaganza show in the United States. He is also known as the guitarist for 90s melodic hard rockers Red Dawn, a band formed by former Rainbow keyboardist David Rosenthal, along with two fellow Rainbow alums Chuck Burgi and Greg Smith, who released an acclaimed album by criticism for EMI Toshiba in Japan. in 1993. 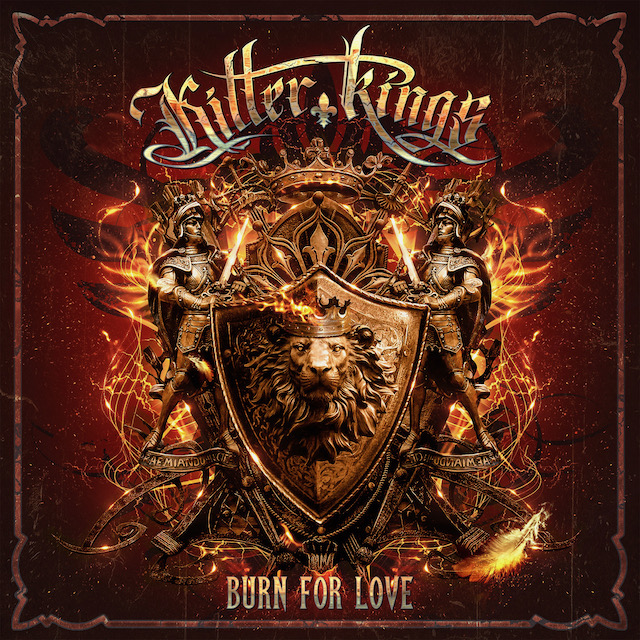 “Burn for Love”
“I will be stronger”
“Upper”
“In another world”
“Another Night, Another Fight”
“Phoenix”
“Two Ships”
“Lose myself”
“Do or Die”
“The Pains of Yesterday”
“There is no end in sight”

Video “I will be stronger”: