Kissin ‘Dynamite is gearing up for the release of their new album, Not The End Of The Road, and today take the excitement to the next level with their new charity single, “Good Life”, accompanied by an awe-inspiring music video .

For some time now, Kissin ‘Dynamite has been fighting childhood cancer with the power of its music. Today, the band continues this imperative campaign with the release of the album title and new charity outreach single ‘Good Life’, featuring high profile guests Charlotte Wessels, Alea der Bescheidene (Saltatio Mortis) and Guernica Mancini (Thundermother). With this powerful and meaningful ballad, the German powerhouse shows off its softer side by delivering a song that could easily be heard on any mainstream rock radio station. 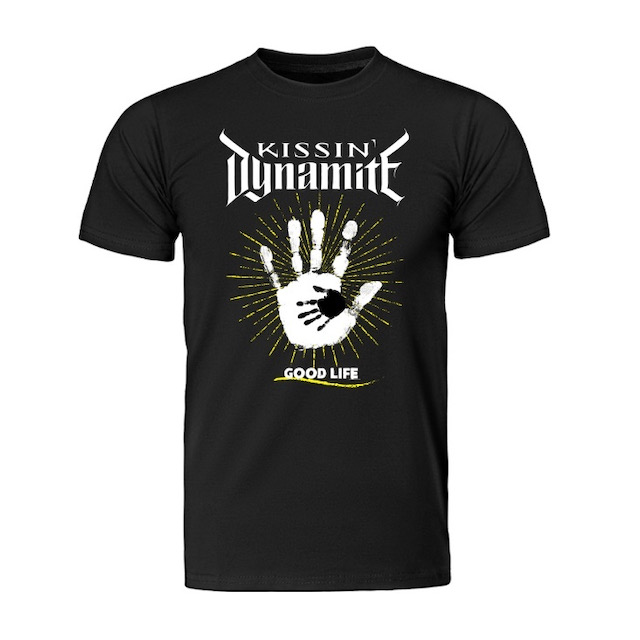 Kissin ‘Dynamite has partnered with Förderverein für krebskranke Kinder Tübingen eV, a charity that supports children with cancer in their hometown. Along with the release of “Good Life”, the group created a campaign shirt (see above), which is now available for purchase. here. 100% of the profits from the shirt and part of the profits from downloads and streams of “Good Life” will be donated to the Förderverein für krebskranke Kinder eV in Tübingen.

The group says about ‘Good Life’: ‘The message of our song’ Good Life ‘is for ALL people, regardless of gender, age, height, weight, sexuality, origin or color. of skin. Therefore, it is important for us to continue the cooperation that we started in 2020 with the Förderverein für krebskranke Kinder eV, an organization that supports children with cancer in our hometown. renowned artists, will go directly to the organization. “

Founded in 2007, German heavy metal band Kissin ‘Dynamite have made more than just a name on the stage: with six studio albums and various chart entries, the band established their trademark style – characterized by a modern sound, massive hymns and eye-catching hooks. paired with an 80s rock attitude and quirky look. Now the five musicians are set to release their debut album on Napalm Records, Not The End Of The Road, and usher in heavy metal in 2022.

The new studio album was produced, recorded and mixed by singer Hannes Braun (Südland Music) himself, who has also worked with bands like Santiano, The Kelly Family and Beyond The Black. The mastering was done by Grammy Award-winning producer Jacob Hansen at Hansen Studios, known for his work with bands like Volbeat and many others.

Ande Braun on the new album: “Not The End Of The Road is an album, which accurately describes our experiences as a band since Ecstasy 2018. First of all, we highlight with songs like” Not The End Of The Road “,” What Goes Up “,” Yoko Ono “and” Only The Dead “: We’re up for it, we stick together and we want to reach rock Olympus! Songs like” Coming Home “,” Gone For Good “and “Scars,” on the other hand, deals with real feelings like loneliness, homesickness and sadness, which are also a part of life. “

Hannes Braun adds: “With Ecstasy, we haven’t already made any compromises and we just wanted to compose music that speaks to us. Not The End Of The Road picks up perfectly here.”

With Not The End Of The Road, Kissin ‘Dynamite set a new milestone in their successful discography: in the style of a power metal focused on guitar, the melody of the intro and the title song “Not The End Of The Road “prepares the listener for a thrilling road. trip and new anthems straight out of the heart of the Kissin ‘Dynamite universe. Crusher “What Goes Up” takes his listener on some truly spectacular soundscapes that rock stadiums and convinces with Aerosmith-style guitar attacks and anthemic hook. But Kissin ‘Dynamite isn’t afraid to show off its softer side, either, as one hears on delightfully quiet tracks like “Good Life” and “Gone For Good” – not only showcasing the almost calm keys permeating. melodies, but also presenting the softer side of Braun’s vocal repertoire. While tracks like “No One Dies A Virgin” and “Yoko Ono” symbolize catchy party anthems, the stars “Coming Home” and “Defeat It” highlight their stadium rock origins without being cataloged. “Voodoo Spell” manifests the variety of the band and their different influences – starting with strong elements of dark rock, the song becomes an opus that easily rivals the biggest giants of the stadiums. The closest to the album, “Scars”, proves once again that Kissin ‘Dynamite can reach the depths and show lyrical vulnerability – an awe-inspiring ending that screams to be played live.

Not The End Of The Road will be available in North America in the following formats: 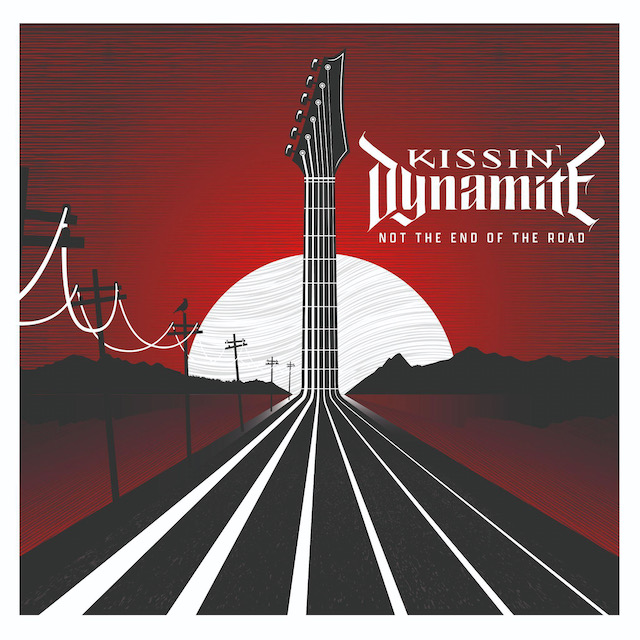 Tracklist of Not the End of the Road:

Video “What is going up”:

Video “Not the end of the road”:

On Not The End Of The Road, Kissin ‘Dynamite continues its cooperation with the Förderverein für krebskranke Kinder Tübingen eV, a charity that supports children with cancer in the rockers’ hometown. The song “Good Life” takes up the subject perfectly. All the profits from the title will be donated to the association.

So the album and album title have real meaning that touches people on many levels and has the right song ready for every personal life situation.