“Valley Of Dying Stars” is the fifth and final single from Moonshade’s second album As We Set the Skies Ablaze.

Deeply inspired by Russel-Einstein’s Manifesto Against the Weaponization of Nuclear Technology, it is both an anthem of protest against Russia’s occupation of Ukraine and Vladimir Putin’s threats of nuclear assault, but is also a grim warning of the disastrous consequences of war in the nuclear age. One word sums it up perfectly: “denuclearize”.

Pre-orders are available now via the official Moondhade store or the Bandcamp page. The cover art and track listing are as follows: 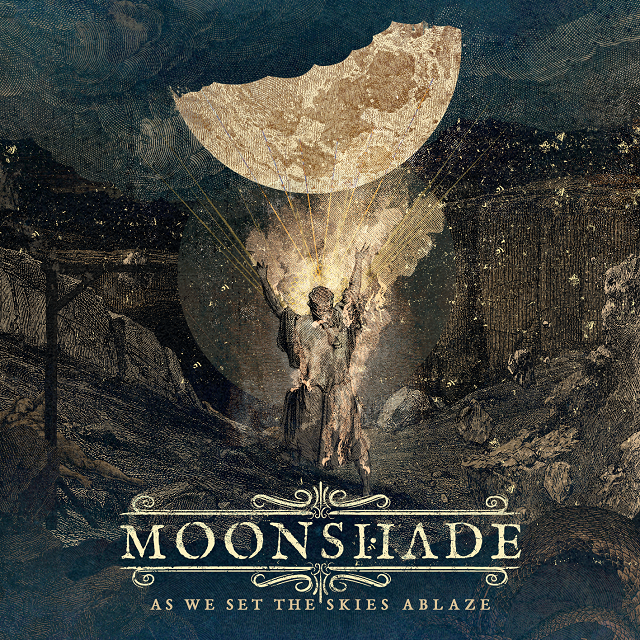 According to Moonshade: “We are the sons of him who brought us the light of fire – heirs of the great titan aspiring to divinity. To be human is to know, to love, to hate, to grow, to create and to destroy.

As a species, we began by worshiping Nature, in order to ravage it in the next breath, endangering the delicate balance of this beautiful Earth, as well as our existence on it. We then imagined new gods and slowly began to deny them, as omnipotence, omnipresence and omniscience came closer to our collective grasp. Along the way, we created autocrats to overthrow them and increased the chances of world peace via the imminent threat of nuclear winter.

Thus, this great upheaval in the technological and cultural evolution of civilizations has created the greatest story ever told – the story of Man.

As We Set The Skies Ablaze is a philosophical analysis of this great human adventure, poetically addressing all of its wonders, horrors, and the greatest challenges we must face to become the only gods that ever really existed.”

“Blood of the Titans”: