Swedish doom metal epic Sorcerer has released a new single – their tribute version of Rainbow’s 1978 classic “Gates Of Babylon” – via Metal Blade Records. Watch the video of this cover below. 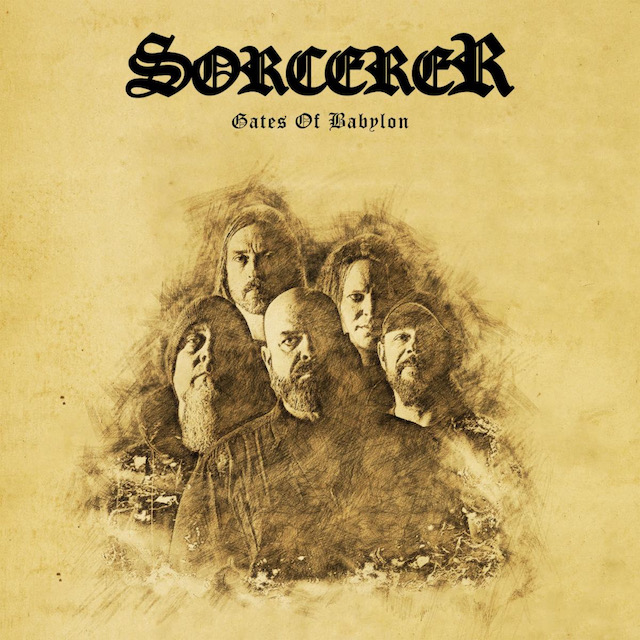 Since Sorcerer’s last release, Lamenting Of The Innocent (2020), pandemic restrictions have impacted the entire music scene and interfered with promotional aspirations and touring. While Sorcerer’s main goal is to create new material for a fourth album with Metal Blade and move forward, the Pandemic Void has given the band some time off for a fun side project.

Sorcerer had been playing around with the idea of ​​doing a tribute cover for some time. But finding the time to arrange, record and even choose a song always seemed a challenge; many epic tracks appealing to members had also already been covered. To bridge the gap between the period and their new album and also to shed light on those dark days, Sorcerer felt that now was the time to put this idea into action. Once they signed up, the song choice was actually a no-brainer. Rainbow has always been a great inspiration to everyone and has influenced Sorcerer from the start, so it seemed like an obvious choice to go for their anthem “Gates Of Babylon” – a track that has not lost its magic of the past. decades after its release.

Of this cover project, Sorcerer guitarist Kristian Niemann says, “Trying to find a way to make ‘Gates Of Babylon’ and make it look different, I tried to imagine what it would look like. if Tony Iommi had written it. instead of Ritchie Blackmore. It probably would have been slower and heavier, maybe a little lower. We skipped the keyboard intro because it would be impossible to capture the magic of the original. We had a great time recording this single at SolnaSound Studios, and overall we are very happy with the result. We hope our fans will appreciate it too. “

Sorcerer’s “Gates Of Babylon” is now streaming on all digital platforms, here.