On October 14, Northern Irish rockers The Answer are set to make a spectacular and long-awaited comeback with their first studio single in almost seven years, “Blood Brother”. The group is delighted to offer you the first listening of this fabulous track with their new clip, released today. 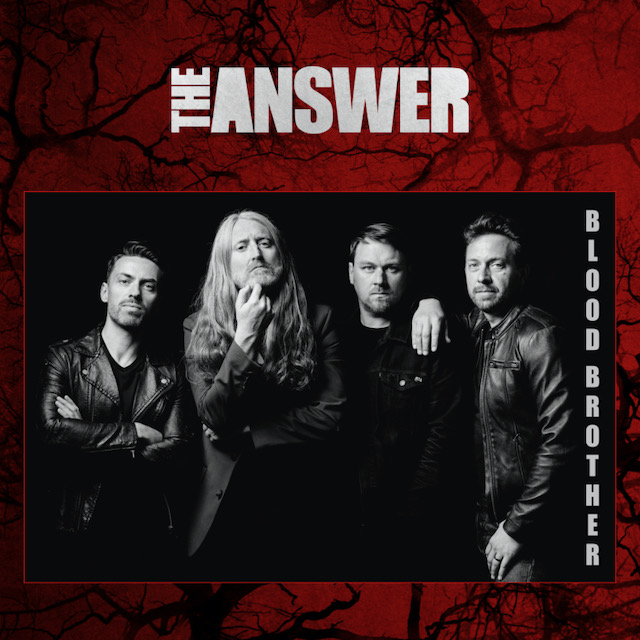 The new track, “Blood Brother”, was produced and mixed by UK rock producer Dan Weller (Enter Shikari, Bury Tomorrow) and will precede the band’s return as special guests at the Planet Rockstock festival on December 3. where fans will get their first glimpse of The Answer in a very long time with classic catalog tracks as well as the latest music from their soon to be released new studio album.

In support of this, the band have also announced a very special series of limited capacity UK and European album shows in March 2023 which will feature the full new album as well as classic tracks from The Answer.

“Blood Brother” is a powerful anthem that sees the band return to their early 2006 sound, but produced with a very contemporary alternative rock edge. It features a hard-hitting minimalist rock groove with the exceptional vocals of vocalist and frontman Cormac Neeson.

Says Neeson “Our new track ‘Blood Brother’ is a thunderous slab of positive energy created by four brothers who, frankly, really missed each other. We’re back and had more fun writing and recording this new music. than we ever had. We really think this could be the best album we’ve ever recorded, and ‘Blood Brother’ is a very special track for us!

Emerging into the rock world spotlight in 2005, their debut single “Keep Believin'” received critical acclaim and led The Answer to the “Best New Group” award at that year’s Classic Rock Awards. The following year, the young band cemented that early promise with Rise, a debut album that received universally stellar reviews and sold over 125,000 copies worldwide on indie rock label Albert Productions, a surprising first achievement.

The years that followed saw the band cement their formidable reputation, both as an amazing live band and as rock’s brightest hope, securing high profile supporting slots with The Rolling Stones, Aerosmith, and a two-year stint on AC/DC’s 2008 Black Ice Tour, which took them around the world and to some of the biggest venues on the planet.

“We were thrown to the wolves many nights on the road with AC/DC and all we had to fall back on was the four of us playing together,” recalls mercurial guitar hero Paul Mahon. “We had to make it work and dig really hard. It was an incredible rock baptism”.


In 2019, longtime fan and founder of international indie hard rock label Golden Robot, Mark Alexander-Erber fulfilled a lifelong ambition when he signed The Answer to his Golden Robot Records for a brand new seventh studio album, scheduled for release. in 2023; a record that, in Alexander-Erber’s words, will be The Answer’s “greatest rock album of all time”, eclipsing Rise’s debut for power, songs and sheer attitude. To say I’m excited is an understatement, for me it’s a lifelong ambition and privilege to work with these guys.

With over 300,000 catalog album sales to their credit and considered one of the precursors to what is now colloquially known as the New Wave of Classic Rock, The Answer are thrilled to release “Blood Brother”, a track they believe represents a truly powerful comeback after a long time away from the stage.

The Answer recently announced a series of very special limited performances in the UK and Europe in March and April 2023. Tickets are on sale now.

Said Neeson: “We’ve been waiting to make this announcement for some time and we’re delighted to be able to perform again at these album launch shows in the UK and Europe. It’s been almost 6 years since our last gig and you better believe we’re both nervous and excited to get back in front of our fans with our new music. Can’t wait to see you on the front!” 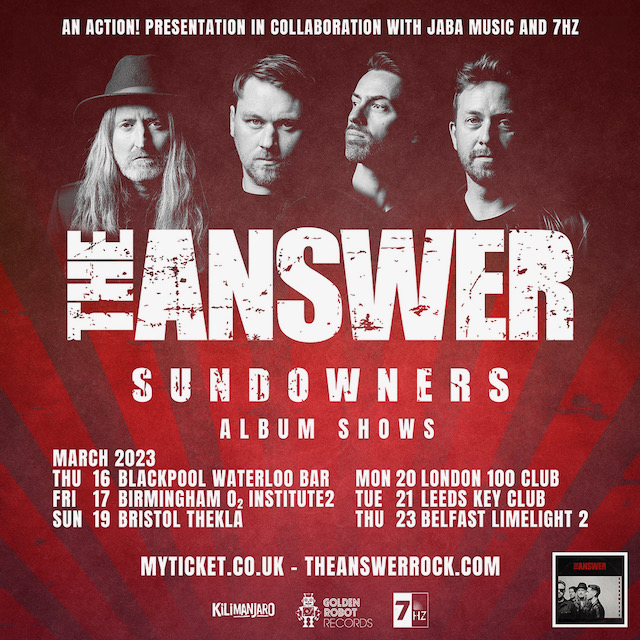 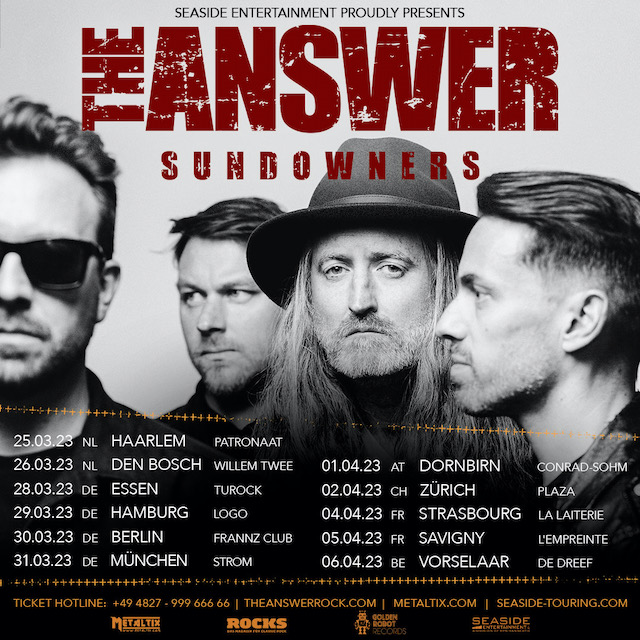