Wolfheart is forming a raging blizzard of heavy metal with the release of the second single, “The King”, from their upcoming album, King Of The North, which will be released September 16th via Napalm Records. King Of The North picks up where their last two releases – Wolves Of Karelia (2020) and the EP Skull Soldiers (2021) – left off, picking up every aspect of their signature blend of colossal melodies, stunning vocals, lyricism captivating and driving rhythms to new levels.

Frontman Tuomas Saukkonen’s searing gutturals break the ice on the new single as it’s accompanied by an epic orchestration filled with strings and brass. Heavy guitar breaths and powerful percussion sweep over the track as Tuomas tells the story of the hunt for the mighty god of the forest. “The King” is the album’s most glorious epic that unleashes Wolfheart’s exquisite balance of awe-inspiring melodic atmosphere with crushing heavy guitars and pounding drums, premiering today alongside a new video clip.

Wolfheart’s Tuomas Saukkonen on “The King”: “’The King’ is about a broken sacred rule that prohibits bear hunting in winter. Hunter was only allowed to confront the king when he was at his full strength. from the forest head first because it was believed that the spirit of the bear lived on forever and only the dead were carried off feet first. The skull was hung in a sacred tree facing east where the spirits were believed to travel. The bear was truly the ruler of the forests and especially the The king’s death was full of rituals and beliefs. The song also features our guitarist Vageliss as a vocalist in a lead role and its gorgeous execution takes the trademark Wolfheart sound to a new level.

Each song on King Of The North is dedicated to a different story from Finnish mythology – underscored by Wolfheart’s grand and overwhelming songwriting and production. “The King,” for example, tells the story of the god of the forest with horns and pianos accompanying riffs and heavy guitar solos, before increasing the energy levels once more on the relentless “Cold Flame” featuring Karl Sanders of legendary extreme metal band Nile. King Of The North is a true masterpiece of melodic death metal, crafted with great attention to detail and intricate storytelling based on mythology – featuring Wolfheart on artistic levels never heard before!

Tuomas Saukkonen on King Of The North: “After Wolves of Karelia it made sense to continue writing thematic albums, but this time I wanted to travel much further in history than WWII and went directly to stories about the creation of the Nordic world, ancient northern gods and majestic nature. The colorful theme also inspired me to write the most musically diverse Wolfheart album and bring the greatest variation of vocals that never before, putting Lauri and Vageliss in the well-deserved spotlight.

King Of The North will be available in the following formats: 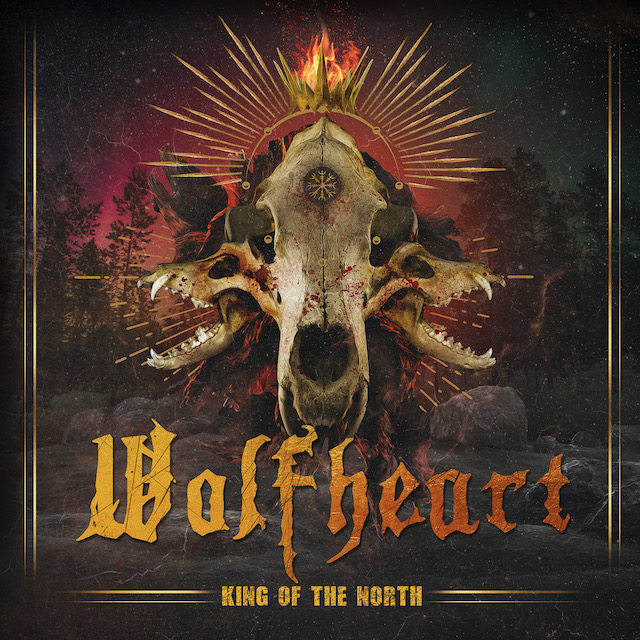