Richmond, Indiana’s Wolftooth recently announced the upcoming release of their colossal new debut album on Napalm Records, Blood & Iron, which will be released on December 3rd. through a treasure trove of fantasy-themed lyrical influences – exploring mystical and often treacherous themes from mythology, lore and legends with an emphasis on witchcraft, battle and non-stop adventure.

Following the release of the successful debut single “The Voyage”, the group released a second single, titled “Broken Sword”, alongside another new music video. The thrash-injected track gallops to soaring guitar melodies and an addicting chorus as the hero of the story wreaks havoc on everything in his path.

Wolftooth says of “Broken Sword”: “The song“ Broken Sword ”is about a young boy who escapes from his village which is sacked and reduced to ashes, most of the villagers being killed or enslaved. The boy travels on a vision quest to heal his broken spirit. 20 years later, after extensive physical and mental training, he returns to take revenge on his ancestors. The broken sword symbolizes his broken spirit, and the blood on the sword symbolizes the freedom of his people. “

Wolftooth entered the scene in 2017, quickly gaining the attention of fans, taste makers and the industry. Now, building on the underground success of their previous rented albums (Wolftooth in 2018 and Valhalla in 2020), the group unveils Blood & Iron, a true nod to classic and heartwarming American heavy metal with a modernized twist. If you love your local metal, larger than life and with a healthy dose of mystical storytelling.

Recorded, mixed and mastered by producer Jeremy Lovins, Blood & Iron begins ominously with “Ahab” – inviting the listener to join Wolftooth’s legendary trek with an introduction to the isolated guitar before bursting into a jam of blues. tacky metallic, instantly echoing the likes of Black Sabbath bearer while maintaining a fresh delivery. The track effectively prepares the album for greatness before leading to two historically prevalent stories backed up by painful riffage – the Xerces epic “Hellespont” and the mythical ode to triumphant Irish warrior Cú Chulainn, “Blood & Iron” . The tracks move up and down amid melodic solos, muddy rhythms and loaded drums, evident on songs like “Broken Sword” of galloping and thrash-injected assault and “A King’s Land” inducing headbangs. Wolftooth continues his immense sonic storytelling with the rising saga “The Voyage” and the icy ballad “Winter White” before closing the nine huge tracks of Blood & Iron with two of his most notable offerings – “Garden Of Hesperides” and leading the final epic “The Mare” – depicting tales of 100-headed dragons, witches, black horses and mind control. What more could a true metalhead ask for?

Wolftooth adds of the album: “Blood & Iron is the culmination of all the work we have put in as a band to forge our sound over the past four years. Musically, we think we’ve refined it. which works well for us while building on what was already there. This album represents a more mature direction, drawing on the influence of classic heavy metal with a strong nod to our proto-metal roots. lyrically, the album focuses on kings, battle, conquest and myth. These elements together blend into a heavy metal plate loaded with riffs that we are all proud of. “ 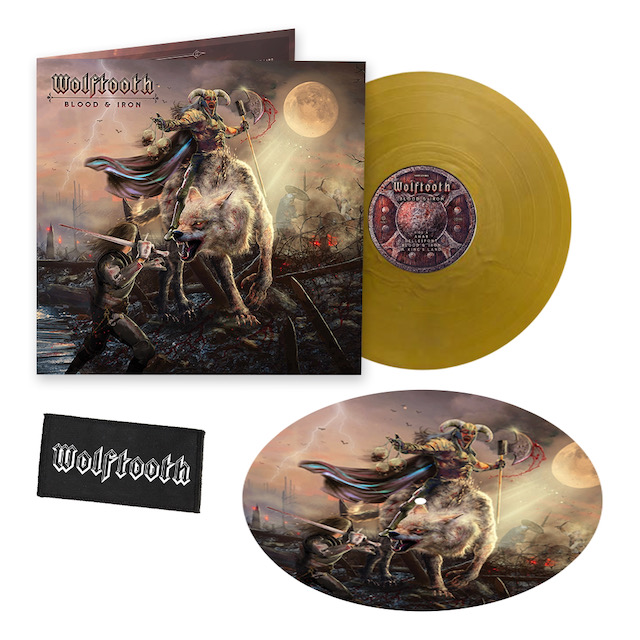 Blood & Iron will be available in the following formats: 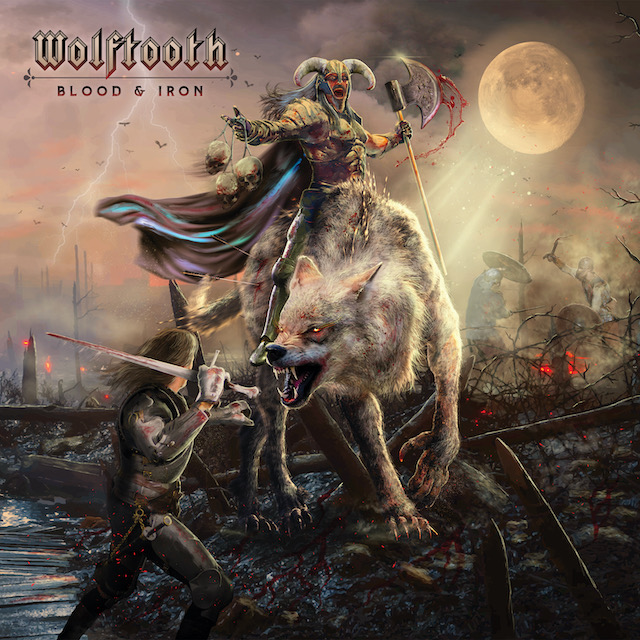 Indiana fans take note! Wolftooth will perform in his hometown on November 6 at the E Street Pub in Richmond, Indiana with Rattlesnake Venom Trip and Steel Aggressor. See the local site listings for more information.